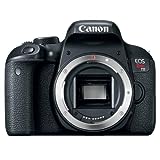 Canon has released its latest plus one to their Rebel series which they call the EOS Rebel T7i.

The same model is known as the canon 800D outside of the US.

Canon has been known to be one of the leading companies in creating some of the best DSLRs in the market and they don’t disappoint with the T7i. Recently the Canon T7i was featured in our Buyer’s guide for Best canon cameras.

Here’s a quick set of features that this camera has before we go into a detailed review: 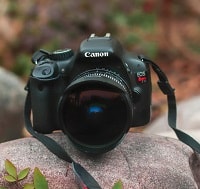 Since it’s for more entry-level or new photographers, the T7i external body is dotted and holds an easily identifiable external set of controls. It also has a Q or Quick Control button that allows easy access to settings.

Furthermore, the camera offers more on-screen help which can later be disabled as the user becomes more familiar with the camera features.

The camera features a triple power switch that is kind of tricky to use. The first two are the powering options. The third one, however, enables the movie mode, this makes it simply too easy to go into the wrong mode when using the camera. As simple accidental flick could ruin what could’ve been a well-timed shot.

The body of the camera is comparatively compact and quite comfortable to hold given that it has a deep handgrip and a dotted body.

The viewfinder provides a 95  percent view of the scene which is common for cameras in this class. The T7i also has a vari-angle, 3-inch LCD which makes it easier to shoot overhead or low angles. This makes it better to capture images as one would want to without the difficulty of using a fixed LCD.

The display is a responsive touchscreen that includes a shortcut that helps in setting the focus just by simply touching on the objects. However, the on-screen icons can be a little too small which means there’s a higher tendency to tap onto the undesired icon.

The camera also comes equipped with an external microphone jack, an SD card slot, and external flash mount and an inbuilt popup flash.

On a total scale, the T7i delivers well-focused images with accurate colors and balanced exposures. However, occasionally the T7i’s metering system tends to slightly overexpose the image’s highlights which can be seen true, for example, in the camera’s wide-angle shots of a landscape on a bright sunny day.

The camera is also good at capturing the fine details in both the shadows and highlights of an image. This also demonstrates that the T7i handles a very clever and wide dynamic range.

The T7i also comes with an optical low pass filter that lightly softens the images in order to avoid aberrations that may occur in clicking a picture.

Like a lot of the cameras sharing the same class as the T7i, the camera comes with a number of different creative and advance filters, including HDR or high dynamic range. HDR is known the broaden the dynamic range while at the same time intensifying the colors of that particular image. 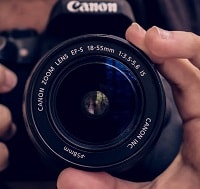 4k video recording is yet to be introduced into entry-level DSLRs in which the T7i falls into; the camera, however, is capable of capturing FHD video at up to 60fps.

The T7i is the first camera from the rebel series that comes with dual pixel autofocus. DPAF is one of the most revolutionary tech produced by Canon. It helps in the improvisation of AF in the movie and Live View shooting. It’s very effective when tracking fast-moving subjects during continuous shooting.

The battery in the Rebel T7i is stated to last for around 820 shots or 600 shots with flash on a single charge. Using the live view instead of the viewfinder could decrease the battery life to as low as 320 shots.

The Canon Rebel series has always been a safe bet when investing in a camera as a new photographer. But it needn’t necessarily be the best camera available in the market. The camera, however, is a good competitor and is priced well for its features.

Guide modes are usual for the class of cameras that the T7i falls in, but it’s very rare for a camera to help its user learn how to use the camera beyond the guide mode. This, combined with the consistency of performance between the shooting through the Live View and viewfinder makes the T7i one of the easiest DSLRs use if someone is not familiar with how to operate one.

Being easy to use to photograph also makes it one of the easiest cameras to capture video with. We consider that an absolute win.

While the camera isn’t perfect at all given that its video quality is only full HD and it can be slightly softer, the settings are not always consistent between the Live View and the viewfinder shooting and the wi-fi system is a little too complex to maneuver around the first couple of times, the camera is indeed great for the audience that it intends to cater to.

Must have accessories for DSLR cameras 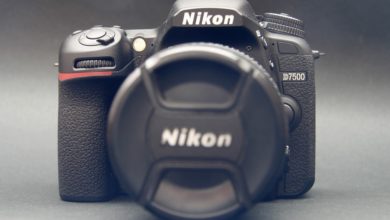 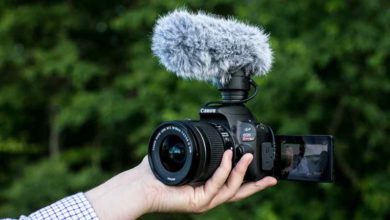 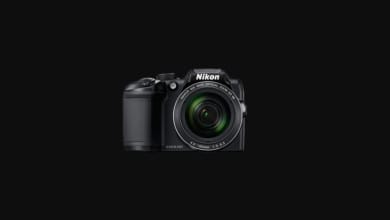